The VULCANO Vinotheque is the only part of the building with a basement in the SCHAFLERHOF. For wine lovers, the Vinotheque is a historical experience embedded in modern architecture. In the cellar of the SCHAFLERHOF all vintages of the VULCANO are stored. These older vintages are stored under the ground in an ideal climate to offer wine connoisseurs a resort of optimally aged wines. In the original preserved vaulted cellar of the SCHAFLERHOF food was once already stored. It was the so-called "Grumbirnkölla" (potato cellar). Importance and care around this food was immense: the employees of the estate received potatoes as payment from the "shepherd". 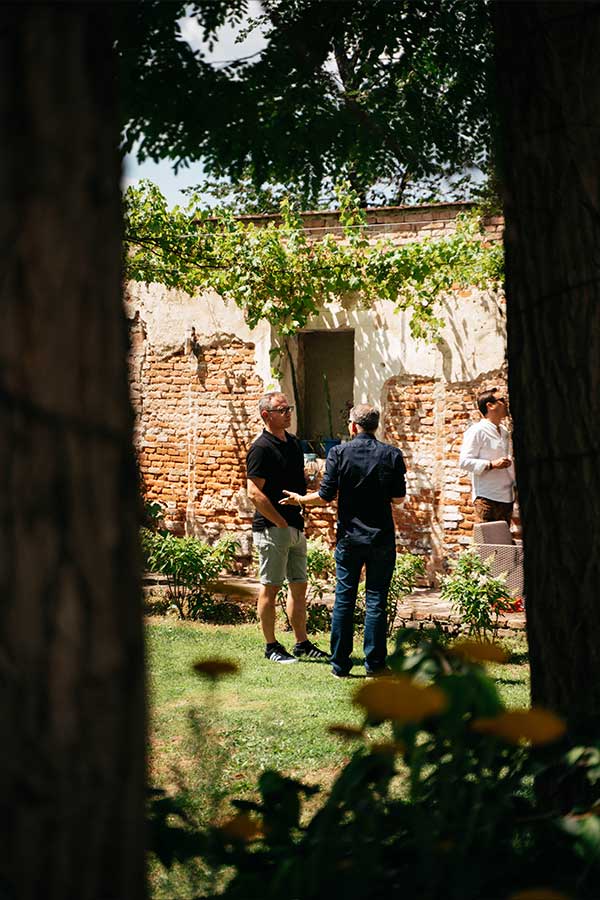 The first vintage of VULCANO was filled by the founder of the winery HANS-IGLER and simultaneous patron of the name in 1988. In 1991, the flagship cuvée VULCANO was launched. In 2015, the 25th anniversary of the VULCANO was celebrated in a big way at the SCHAFLERHOF. The summer months of June - August, when the SUMMERKUCHL also opened its doors for the first time, was all about the VULCANO.